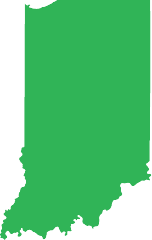 “I’ve looked at many yield comparisons trying to figure out why one farmer raises 220-bu. corn and another, with similar soils, gets only 180 bu.,” says Farm Journal Field Agronomist Ken Ferrie. “There could be many reasons, but pH is right up there. High-yielding growers hold soil pH constant, and don’t let it swing up and down. Yield losses because of acid soil occur gradually. But, when you add lime, it takes two to three years to bring yields back up.”

If you have the proper pH, you don’t fight residue because microbes decompose it. Yields show smaller peaks and valleys because yields in acid soils fall apart in dry years. Managing pH is a major part of weatherproofing soil.

“Corn plants can actually grow in soil with a pH of 5.8 to 6.0 without too much trouble,” Ferrie explains. “However, besides simply growing plants, we need to maintain a healthy population of soil organisms. They decompose residue, and they cycle nutrients through the soil so they become available to growing plants.”

Microbes are less active in acid soil. “You can have a high Illinois Soil Nitrate Test (ISNT) reading, but if you have acid soil, that nitrogen won’t be available to plants,” Ferrie says. “The microbes that make nitrogen available are the same ones that mineralize phosphorus, sulfur and other nutrients from the soil so plants can use them.”

Lack of microbial activity also means you’ll have more herbicide carryover problems on acid soil. To keep microbes numerous and active, Ferrie advises farmers to shoot for a pH level of 6.4 in either continuous corn or a corn–soybean rotation.

Agronomists speak of “balancing” the pH of an acid soil because you are moving toward 7.0, the midpoint of the 0 to 14 pH scale. The ideal pH for most crops is a bit short of that—a slightly acid reading of 6.3 or 6.4, Ferrie says. Getting there is sort of a balancing act, also, because you have to take many factors into account.

You know that, over time, soils naturally become acid. But why? It’s because hydrogen ions build up, Ferrie explains. The ions come from various sources, such as nitrogen fertilizers and manure, crop roots and the microorganisms that cycle nutrients and decompose crop residue and herbicides.

Some hydrogen is needed to solubilize nutrients so they can be processed by plants. But, too much of a good thing causes problems. “If you have too much hydrogen, it solubolizes nutrients, especially iron, aluminum and manganese, too rapidly so you get toxicity,” Ferrie says. “Iron plugs the plants’ passageways and restricts uptake of other nutrients.”

At the same time, acid soil conditions will likely reduce microbial activity, which will leave fewer nutrients in plant-available forms, and less residue will be decomposed. “The soil’s ability to feed the plant really is reduced,” Ferrie says.

When Ferrie finds residue accumulating for two or three years in a no-till field, it is most often due to low soil pH.

To make soil less acid, you apply lime, which reduces the number of hydrogen ions. It sounds simple, but—like so many factors in crop production—there are numerous opportunities to make mistakes.
How much? How often?

Today’s style of farming argues for more frequent applications of smaller amounts of lime. “If you look at pH on a four- or five-year basis, you are likely to make a heavy lime application and send your pH above the optimum zone,” Ferrie explains. “Eventually, pH will come down. It may be in the optimum range only one year out of four.”

Reduced tillage and no-till also argue for more frequent, smaller lime applications. There’s less room for error than there was when farmers used a moldboard plow. Plowing diluted the lime among the 2 million pounds of soil contained in an acre-slice 6″ deep.

“With reduced tillage, if you drop four tons of lime on the surface to neutralize 6″ of soil, and only work it in 3″ deep, it’s like an eight-ton application to the top few inches of soil,” Ferrie explains. “That could cause herbicide carryover and volatization of surface-applied urea nitrogen fertilizer. You need to apply lower amounts more frequently—probably every two years.”

To apply the right amount of lime, you need to understand your soil test results. “Most soil tests report a water pH—a measure of soil acidity as a plant sees it,” Ferrie says. “Often, farmers and dealers look at that number and use it to calculate how many tons of lime to apply.”

But, a water pH reading can’t tell you how much lime to apply because the amount needed to neutralize acidity varies with different soil types. The number that tells you how much lime is required for a given soil type is called the buffer pH.

Liming the entire field at the same rate would be a big mistake. “Light soil can’t stand high lime applications,” Ferrie says. “Applying 6 tons of lime to a sandy soil could almost sterilize it.”

Consult your Extension adviser or land grant university for information about the buffering capacity of the soils you farm. The soil types in your state will probably be broken down into classes based on their buffering ability.

To avoid over- or under-liming knobs and pockets of various soil types—and reducing yield—you need to know from which soil type each sample was taken. That requires overlaying your soil test map on a soils map. Unfortunately, this often is not taken into account, so you probably will have to do it yourself.

Once you’ve determined your buffer pH and used it to calculate how much lime to apply, tillage enters into the equation again.
“If you take a 6″ soil sample, but won’t incorporate your lime, you must reduce the rate by a half to one-third and apply the total amount over several years,” Ferrie says. “A three-ton application in a no-till field would be like a 10-ton application on the surface of the soil.”

Along with tillage, soil type influences how often you lime a field. “Light soils become acid more quickly,” Ferrie says. “The lighter your soil, the closer and smaller your lime applications need to be.”

If you’re converting to no-till, it’s extremely important to balance the pH in the top 6″ of soil before you quit tilling. “In most soils, lime moves downward at a speed of only ½” per year,” Ferrie says. “So, if the top 6″ of soil are acid, it will take six to 12 years to neutralize it by applying lime only to the surface. If you try to catch up, you probably will wind up with the first few inches of soil at a very high pH and the 3″ to 6″ level still acid.”

However, if soil pH is balanced when you begin no-tilling, you can keep it that way by applying small, frequent lime applications—“salt-shakering it on,” Ferrie calls it. “Some of my clients’ fields haven’t been tilled for 20 years, but they have remained in balance using that approach,” he says.

If you’re in a no-till situation and think you have stratified pH—high in the top few inches and low in the bottom portion—don’t take one 6″ soil sample. “It will average the two readings and read about neutral,” Ferrie says. “Instead, take two samples, at the 1″ to 3″ depth and the 3″ to 6″ depth.”

To deal with stratification, Ferrie recommends taking the field out of no-till for awhile and incorporating lime until the acid condition is corrected throughout the soil profile.

Finally, be sure to check the quality of the lime that you’re about to buy. Quality depends on particle size—small particles neutralize acidity faster than large ones. The smaller the particles, the higher the quality, the lower the correction factor and the fewer tons of lime will be required.

Most states have their own formulas for calculating correction factors, so be sure to discuss this with your Extension adviser or crop consultant.

It would be a shame to do all your homework, find the best buy on lime and then wind up with a streaky application. Calibrate your spreader, taking the coarseness of the product into account—the finer it is, the harder it will be to spread evenly.

“If you’re in a no-till or strip-till situation, try to spread your lime in the fall to avoid creating soil compaction,” Ferrie says. “Spring applications can leave nasty tracks.”
Be sure to lay the foundation for maximum corn yields—and profits.

Editor’s Note: The recommendations in this story are for mineral soils, which are what most producers farm. One exception is organic soils—peat and muck. Those soils naturally have a lower pH. You still lime them, but only to the 5.4 to 5.6 range.

What About High-pH Soils?

Some farmers, especially in the northern Corn Belt, have to deal with high soil pH, typically from 7.2 to 8.1. “High pH can result from over application of poultry layer manure or limestone,” says Farm Journal Field Agronomist Ken Ferrie. “But typically, it is just a characteristic of certain soil types.”

In those calcareous soils, if you dig below the 4″ to 5″ tillage zone, you will usually find shells or pieces of shells. That indicates aquatic creatures once lived in the area when it was a swamp or lakebed.

Soil organisms don’t like high pH any better than low pH. But, in high-pH soils, rather than becoming toxic, nutrients, such as iron and aluminum, become deficient, causing iron and aluminum chlorosis. Phosphorus is another nutrient that becomes deficient.

If you get high pH results from over liming, simply quit liming for awhile. But, there isn’t much you can do to change a calcareous soil, Ferrie says. “Your best bet is to plant varieties bred to resist iron chlorosis,” he says. “Be careful about applying urea on the surface; it could be lost to volatilization. Band your phosphorus to keep it from becoming tied up. And, manage your herbicides because there may be carryover.” 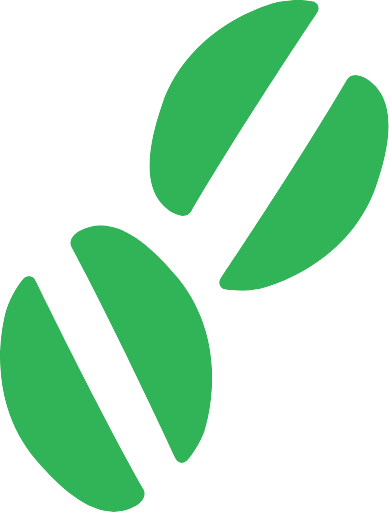 Locate Indiana Aglime In Your Area.